With the current need for society to become more environmentally conscious, it's no surprise that there is now a focus on making homes more eco-friendly, too.

Enter the eco-home: the next step in saving our environment.

So, what does an eco-home involve? Well, let's talk about the basics and some of the key technologies required to make a true eco-home.

What Is An Eco-Home?

An eco-home is essentially a house, or similar property, designed entirely to minimize its negative environmental impact. While an eco-home intends to be environmentally friendly, it isn't exactly the same as a zero-carbon home. A zero-carbon home is designed to create a negative carbon output using solely renewable energy resources and maximizing energy efficiency to lower overall usage.

There are already several fully-fledged eco-homes around the world, and each of them has different methods of approaching environmentally friendly housing. But there are common aspects you'd usually expect to see in such a property.

So, what makes an eco-home?

It's easy to forget you've left the light on, be it overnight or while you're out of the house. However, with smart lighting, this doesn't need to be an issue.

Smart lighting not only allows you to control the lighting in your home remotely using your phone but also allows you to control the brightness of your bulbs. On top of this, some smart light bulbs can adjust their brightness depending on the light exposure of any given room. These features can all help in lowering energy consumption significantly.

Most of us have only ever seen the kind of wind turbines that tower above all else, be it in the mountains or by the coast. These turbines can range from around 250-300ft generally and, of course, aren't at all suitable for someone's back garden.

However, homeowners can use domestic wind turbines to generate energy from renewable resources. These turbines can be placed on your property to provide an eco-friendly form of energy.

However, these turbines aren't cheap and are only really effective if placed in an area that consistently receives considerable wind speeds. Furthermore, you need a decent battery setup to store energy, depending on your requirements and the weather in your locale.

But, in the right location, they can be excellent little gadgets.

A classic in the eco-friendly arsenal. Solar panels are now world-renowned renewable energy generators used by businesses and individuals to reduce fossil fuel dependency. And, they're certainly useful in eco-homes.

In a domestic scenario, solar panels are typically placed on a property's roof to maximize sun exposure. Of course, the energy generated by these domestic solar panels pales in comparison to those used industrially. But, if just one home needs to be supported, this isn't a bad thing.

However, solar panels have a pretty low energy efficiency rating, and they're not the best option for renewable energy generation. But scientists and engineers are now working on broad-spectrum solar panels that absorb a much wider range of light from the sun, and therefore have increased efficiency.

When thinking about renewable energy sources, we often forget about the gigantic source of heat that lies right under us. For example, geothermal energy uses heat produced from water reservoirs that lie a couple of miles below the Earth's surface. These hot reservoirs are heated by the Earth's core and then produce steam, the heat of which is used to harbor energy.

Most geothermal energy sources use huge geothermal stations, many of which are located in Iceland, the US, and the Philippines. However, domestic geothermal heat pumps are strong candidates for both heating and generating electricity for eco-homes.

As with many up-and-coming technologies, geothermal heat pumps aren't exactly cheap to install compared to other, more traditional heat and energy supply methods. However, their presence will allow eco-homes to function without fossil fuels entirely, which is a pretty awesome concept.

While some houses have totally incidental green roofs, the idea itself is actually linked closely to the design of eco-homes.

Other than looking pretty amazing, the function of green roofs can actually help an eco-home in a number of ways. The vegetation grown to create a green roof can help regulate the internal property of the house, reduce the need for AC, and can purify the air. On top of this, they can absorb rainwater effectively, reducing the chance of a flooded roof.

Green roofs are more expensive to install than traditional roofs, given that the roof's foundation needs to be stronger to support the vegetation and the water it absorbs. However, they are now quite popular in urban areas, such as London, and have a lot of potential in the future of domestic life.

Green roofs can play another important role, too: creating small parcels of green space for insects, bugs, bees, and other important pollinators to thrive. 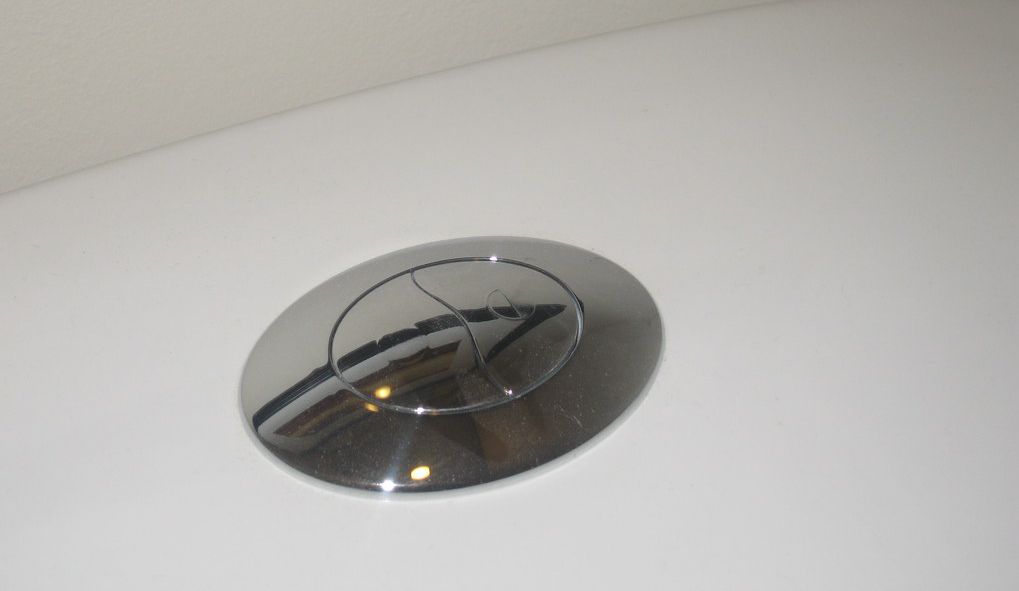 This one may not be pretty, but it does have an important function. Dual flush toilets require less water per flush and, therefore, can reduce the overall water usage of a household. Essentially, one button is used for liquid waste and another for solid waste. This way, less water is used when it isn't needed.

And, dual flush toilets are already a domestic norm, with millions of households already having one. So, it wouldn't be too much of a stretch to install such toilets in an eco-home, too. If anything, a dual-flush toilet might be the most normal piece of tech in an eco-home!

Eco-Homes May One Day Be The Norm, And This Is Great for Humanity

With thousands of eco-homes already built by individuals and companies alike, one can only assume that their popularity will grow and grow over the coming years. And, this is a truly exciting possibility! The ability to make our homes totally environmentally neutral might have an incredibly positive impact on our planet and could change the world for the better.

Is Upwork Safe to Use?

What You Need to Know About Apple’s Child Safety Protections

How to Set Up Ethernet and Wireless Powerline Adapters

12 Things We No Longer Do Thanks to Modern Technology

Wyze Labs Joins the Matter Alliance: What This Means for Your Smart Home

Has Your Ring Doorbell Gone Offline? How to Identify and Fix the Problem

How to Build a Raspberry Pi Cloud Server with ownCloud