Cinema glasses, also frequently called movie glasses or personal video glasses, are head-worn devices designed to provide you with a personal video viewing experience on par with a theater or big-screen TV. Unlike VR headsets, they are designed exclusively for video playback and portable usage, including while you're traveling or commuting.

Unfortunately, this seemingly useful concept has foiled electronics manufacturers for over a decade, with version after version simply failing to catch on. We’ll examine what’s so difficult to get right about cinema glasses, and whether anyone might crack the code someday soon.

What Are Cinema Glasses?

Cinema glasses typically include two discrete screens, one in front of each eye, attached to something supported by your ears or head. While some attempt to replicate a normal pair of specs, others have attempted to mirror over-ear headphones, or gone for an unabashedly sci-fi visor look (as in the Sony example above.)

However, all have a few things in common: they attempt to replicate a large-screen experience in a wearable package, provide built-in sound, and include a way for you to easily see and interact with your surroundings.

How Are Cinema Glasses Different from VR Headsets?

Unlike both tethered and mobile VR headsets, cinema glasses do not provide motion tracking, nor are they specifically designed for 3D video (although some have supported it.)

Cinema glasses allow you to continue interacting with your surroundings, whether by suspending their screens within a larger, unobstructed portion of your field of view, or by providing a quick way to flip the screen out of view.

What Companies Have Made Cinema Glasses? 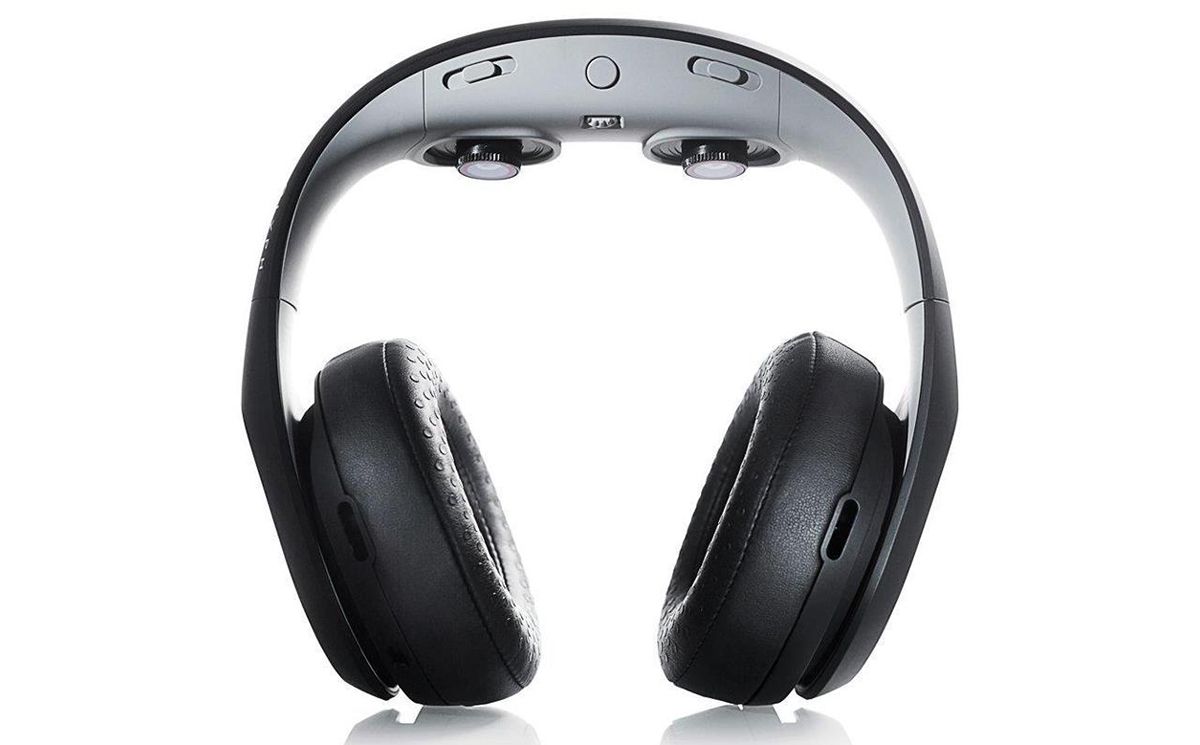 The most well-known companies to attempt cinema glasses include Sony, Avegant, Royole, TCL, and several other electronics makers that specialize in both home entertainment or mobile hardware.

However, not one of them has managed to capture any significant market traction, and most have bowed out after only a single attempt at the product category.

Why Have Cinema Glasses Failed?

The reasons for the failure of each attempt at cinema glasses are diverse. Some have been unable to make a unit compact enough to be practical, while others have created devices with low resolutions, resulting in poor image quality.

Even when all of these issues are resolved, simple issues with comfort or viewing quality can derail the experience and make the devices painful to use for the length of even a single feature-length film.

What Is the Current State of Cinema Glasses?

The NXTWEAR G, perhaps the closest attempt yet at an actual pair of glasses, comes from TCL. This model is designed for use with your laptop or mobile device via built-in USB-C cable. It promises a 140-inch equivalent display running at 1080p resolution via a pair of 60hz Micro-OLED displays that are barely larger than postage stamps.

While 1080p can provide an excellent viewing experience for certain applications, anything below that can start to produce a screen-door effect in which individual pixels are clearly visible.

While the NXTWEAR G makes a valiant attempt to mirror sunglasses, no one would mistake the unit for a normal pair of shades, particularly with its highly visible USB-C cord running from behind one of the user’s ears.

Similarly, the 130g weight makes these one of the lightest pairs ever made. However, that’s far more than the weight of an average pair of eyeglasses that rarely exceed 50g. An extra 80g pressing down on a few small contact points on your ears and nose can prove quite uncomfortable quickly.

Isolated, these individual issues might be inconsequential enough for you to ignore in exchange for the added benefits of cinema glasses. However, when taken collectively and compared to simply using the high-resolution smartphone likely already own, the hassle doesn’t seem worth it. This is especially true in public situations, when the stigma of looking weird still plays a major role in the factors holding back cinema glasses.

What's the Future for Cinema Glasses?

Is it possible to produce decent and popular cinema glasses? Most probably. However, to do so, a company would need to make a device that, at least upon casual inspection, is indistinguishable from a normal pair of eyeglasses. This includes its weight, visual appearance, and ergonomics. A device like this could finally allow buyers to view their media in public, without feeling self-conscious or uncomfortable.

Of course, this assumes that the resolution and apparent screen size provided by these theoretical glasses are superior to what can be achieved by simply holding up your smartphone.

Until technology advances sufficiently to allow all of these things to be accomplished in a single device, it remains highly unlikely that cinema glasses will ever achieve the kind of widespread adoption that many manufacturers desire.

Google Pixel 5a vs. Pixel 4a: What’s the Difference?

Sudo vs. su: Which Command Should You Use?

How to Set Up Ethernet and Wireless Powerline Adapters

12 Things We No Longer Do Thanks to Modern Technology

Wyze Labs Joins the Matter Alliance: What This Means for Your Smart Home

Has Your Ring Doorbell Gone Offline? How to Identify and Fix the Problem

How to Build a Raspberry Pi Cloud Server with ownCloud